A North West law firm has reported a 65% increase in deals across the region’s SME’s over the last 12 months. MLP Law has seen the number of deals they have acted for increase significantly over the 12 months to September 2018 compared to the same period ending in 2017.

The firm saw an increase across all types of transactions, but particularly in Management Buy Outs and a trend of Employee Owned Companies. The number of deals the firm’s six-strong corporate and commercial team acted on ranged across all sectors, however the tech, digital, hospitality and engineering sectors were particularly active during the 12 month period. As well as a number of deals taking place between North West companies, the firm has also reported a growing number of businesses from outside the region moving in.

“The deals market has been slowly picking up pace over the past two to three years but we’ve noticed this accelerate over the last 12 months.

“We’ve particularly seen transactions pick up at the smaller end of the SME scale – with several deals in the £2 – £5 million bracket.

“The trend for businesses either buying into or buying out companies in the region has been one we’ve been interested to observe.  The North West is a great place both to live and to do business and it seems a growing number of companies are recognizing this.”

The figures come following a busy period for the Altrincham-based firm, which itself has been involved in a transaction over the last 18 months. In June 2017, MLP Law announced a deal which saw them acquire WH Lill; taking on its partners and staff and bringing the firm’s overall headcount up to 46.

Having recently added two new solicitors to their commercial department, MLP is looking to further bolster its team to support growth plans over the coming 12 months.

Known for their specialism in the tech, digital, healthcare and hospitality sectors, MLP Law has four offices across the North West – in Altrincham, Liverpool, Lymm, and Media City. 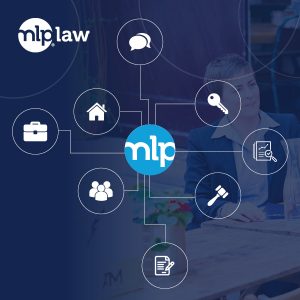