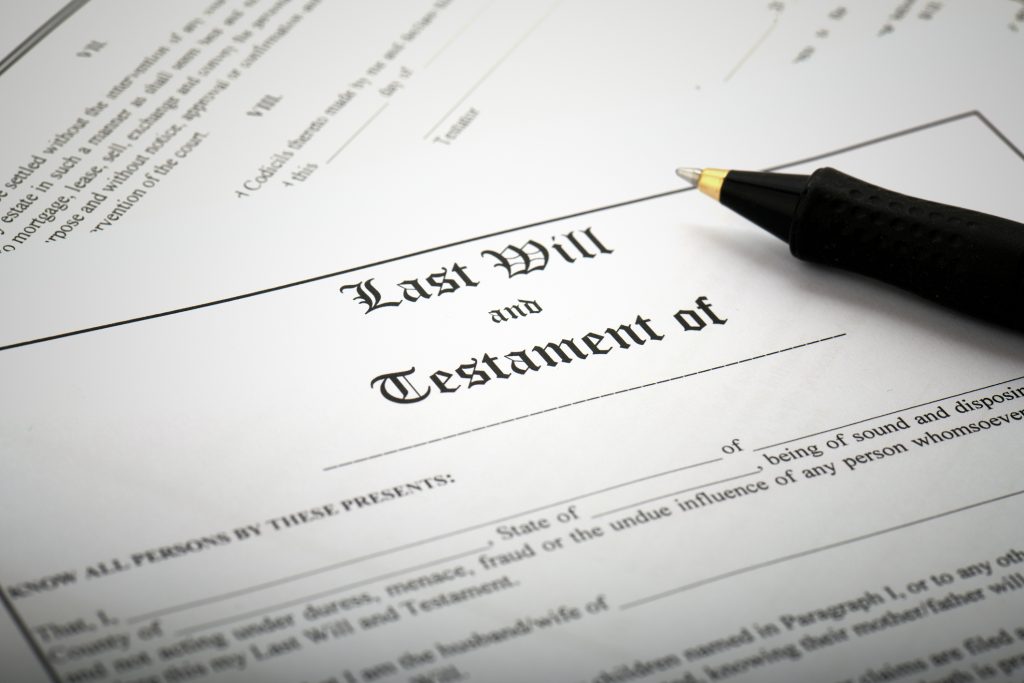 Unfortunately, when a family member or friend has died, occasionally an unscrupulous individual will try and put forward a forged or fraudulent Will  in order to try and benefit from the deceased’s estate.

A recent case involving fraud/forgery is Face v Cunningham. This concerned the estate of Donald Face, who died leaving three children. Following his death, his daughter Rebecca produced a copy Will dated from 2017 (the original was not located), and sought a Court order pronouncing that the copy Will was valid. The terms of the copy Will left everything to Rebecca and excluded her other two siblings, Rowena and Paul. The estate was worth £750,000.

Her sibling Rowena claimed that the will was a fraud, had not been produced by the deceased and was in fact a forgery produced sometime after his death. She alleged that there was in fact no valid Will, so that the Intestacy rules should apply, which would mean the deceased’s three children would each receive a third share of the estate. Their brother, Richard also sought to challenge the validity of the 2017 Will.

Ordinarily in cases where a Will is to be proven, the burden of proof rests on the person seeking to prove the will – in this case Rebecca. There are 2 presumptions in favour of that person – firstly, that where a Will is regular on the face of it and apparently executed correctly, then the presumption is that is it valid.

Secondly, there is a presumption that the person making the Will had the required mental capacity to make their Will and understood the content and effect of the Will.

Additionally, the usual burden of proving that a Will is fraudulent lies on the person alleging it, in this case Rowena and Paul. That person must prove that the will was made as a result of the fraud of another.

Contrary to the general position however, the Judge in this case held that when alleging forgery of a Will, the burden of proof is to be reversed and the onus of proving the Will’s validity lies with the applicant whom is seeking to confirm the Will, in this case, Rebecca.

Having found that the copy Will was a fraudulent document, Rebecca’s case was lost, and the matter has now been referred to the Crown Prosecution service to consider whether criminal charges should be brought.

A further unusual factor in this case was that none of the parties had legal representation, a fact that the Judge in the case bemoaned as unnecessarily dragging out the proceedings, which could have much more quickly and efficiently been dealt with had legal professionals been instructed by the parties.

If you are concerned that a will may have been fraudulently made or forged, then please don’t hesitate to contact our team of contentious probate specialists who can provide swift and effective advice to help resolve matters and prevent those fraudulently seeking to benefit from your loved one’s estate.